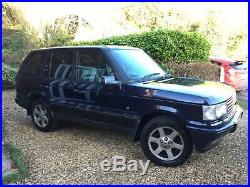 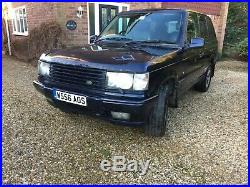 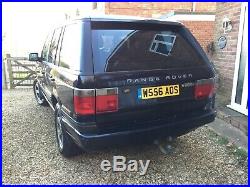 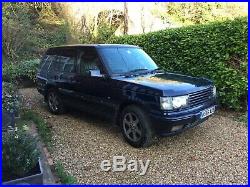 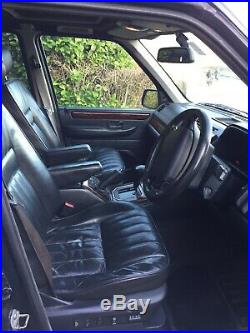 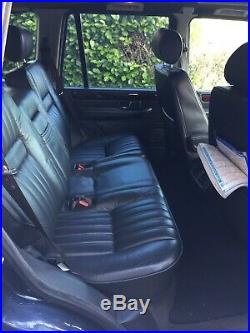 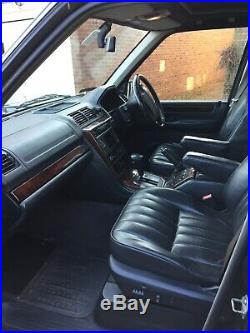 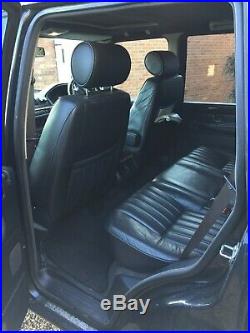 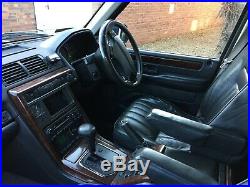 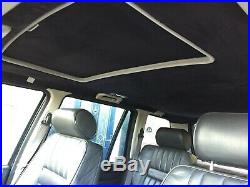 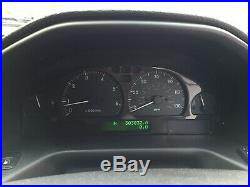 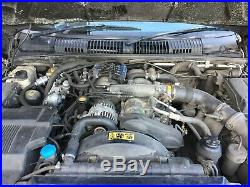 For sale, Range Rover 4.6 Vogue, on LPG. I was using this daily, until the end of September, when the engine developed a fault. I’ve now bought another Range Rover as a replacement, so this one has to go. It still drives, but it’s down on power. The engine started making a compression/load related noise. The engine still runs, but I suspect it has a head gasket failure. It’s not overheating or pressurising the cooling system, so I think one of the middle cylinders has breached into the pushrod valley. Alternatively, it could be a cracked valve. I’ve not investigated further myself, so these diagnoses are only my guesses. It still has MOT until the end of February, but is currently on SORN. I’ve owned it for 3 years now, and bought it from a friend, so I’ve known the car for a couple of years longer than that. In the time I’ve had it, I’ve put about 80,000 miles on it, and had a lot of mechanical work done, most of which is covered below. If it hadn’t developed an engine fault, I’d still be using the car every day. Ideally, please come and view the car. The car is located near Bourne, South Lincs. The engine was running alright before it broke, though it does use some oil. It was last serviced about 7000 miles ago. It has an OMVL Dream sequential LPG kit on it, with the tank in the spare wheel well. I’ve run it mostly on LPG since I’ve had it, so it’s been affordable to run. I had the radiator replaced shortly after I bought. Since I’ve had it, I’ve replaced all the exhaust, including the CATS and Y-piece. This is with decent quality bits, so seems to last a bit longer than the cheapest stuff available. It has a set of Magnecore leads on it, and a K&N panel filter. I replaced the tensionner and idler on the serpentine belt last year with OEM parts as the ones on there were getting noisy. These fail periodically, and if they seize they wreck the belt, and fairly soon afterwards the engine overheats. A new belt was fitted at the same time. Paint generally ok, polishes up alright. Panels straight, few dents and marks. The worst bit is the leading edge of bonnet corroded and needs fixing/replacement. Good condition, no rips or tears. Driver’s seat is good, unlike a lot for sale. Some slightly cracked bits of trim, but nothing noticeable that bothered me. The headliner’s been re-covered to cure the usual sagging P38 headliner problem. The centre cubby box was modified to take a Garmin satnav. No lights on dash. Previous ABS light issues have been fixed by fitting genuine ABS sensors. HVAC display missing some characters, needs a new ribbon cable. Driver’s side heater works. Passenger side is stuck on cold. This is the passenger side blend motor that’s failed. It’s the easier one to fix, I think it can be accessed by removing the airbag. Air-con works, but the pump is noisy. Stereo doesn’t work. The amp in the boot has failed, it needs a replacement. I’ve removed the broken amp to check the part number, and not replaced it yet. The removed one will come with the car. Comes with a bluetooth kit, but this is currently disconnected as it won’t work without the stereo working. Cruise control doesn’t work at the moment. This is down to a split vacuum pipe. It needs the end of the pipe trimming off to remove the split section. I had the oil and filter changed a little while back. The gearbox oil cooler was replaced shortly after I got the car. The transfer case drips, but otherwise functions ok. There’s quite a lot of backlash in the transmission. This is either the in the diffs, or one of the prop shaft UJs. I’ve had several of these replaced over the years, maybe there’s still one left to do. The front diff is noisy on the overrun, so. It might be this. The front ball joints mentioned on the last MOT were replaced shortly after the MOT. I replaced the rear discs a couple of years back. When I last used it, I had an issue with a sticking rear caliper. I have the parts available to fix that. They turned up after the engine broke, so I haven’t fitted them yet. The power steering hoses were replaced shortly after I bought the car. All 4 tyres were replaced this summer. They’ve still got lots of life left in them. There’s a 5th alloy as a spare, but the tyre on that is an older Michelin. I don’t normally carry the spare as it has to live in the boot due to the LPG tank in the spare wheel well. The alloys could do with a refurb due to peeling lacquer, but they’re not badly curbed. It’s still on air suspension (better than coils) and it still works as it should. The car is showing over 300,000 miles. This is about 60k more than it’s done. The previous owner replaced the speedo cluster, and it carried the mileage from the donor car and overwrote the correct mileage in the BCEM. This can be seen in the MOT history, so I’ve not bothered getting it corrected. When I was doing lots of miles, I serviced it myself several times a year. Now I do fewer miles, it’s been serviced by the local specialist garage. I have the book stamped for the services they’ve done, and I have a list of the ones I did, plus a list of all the other work I’ve had done on it since I had it. The item “Range Rover P38 4.6 Vogue LPG Spares or repair 2000″ is in sale since Saturday, December 21, 2019. This item is in the category “Cars, Motorcycles & Vehicles\Cars\Land Rover/Range Rover”. The seller is “stamford_tom” and is located in Bourne. This item can be shipped worldwide.